Historically, when outsider institutions colonize, they don’t merely occupy the land of the locals, exploiting them through material and physical force; they also commodify and colonize the ideas and arts of the native people. Through institutional bodies like museums, for example, artifacts are stolen and recontextualized, new names for the natives and enforced, and alternative ideological, religious, and political systems are installed by the colonizer.

These new systems, names, languages are established to colonize a people’s minds through a process of de-linking; this “de-linking”, among other things, disassociates the people from their traditional customs.

Thus, the nature of colonialism is to fracture and de-link the legacy of native people’s relationship with their culture and world. In the post-colonial era, this de-linking affects identity, politics, and aesthetics.

People and their ideas become separated, fractured, and not seen as intertwining or branching from the same origin. People are classified, not united. Schools of thought position themselves at odds and individuals do not see themselves as a collective.

Though physical exploitation and aggressive means of colonialism persist today, we must acknowledge the more subtle, passive-aggressive means of colonialism in the modern world. Today, this means that the institutions become overseers of culture, context, tastes, and styles. Since many authoritative institutions are extensions of capital, they only further exalt capital structures in their seemingly ideologically neutral positions. Of course, not all art institutions fail in maintaining their responsibility to everyday people and culture, but since many institutions were founded by and benefit from past and current colonial efforts, it is challenging for an institution to reposition itself as one that exists to serve the community and doesn’t shun underground, metropolis (street), and community styles; For these shunned street-styles, are often the anthesis of corporate organizations.

“The public art gallery which appeared in the mid-eighteenth century is a social institution, its purpose defined by the cultural, economic, political, and intellectual ideologies which operate within and outside its walls. As both a physical and theoretical site, the gallery’s primary objective is the acquisition, classification, and arrangement of artefacts of social history and technology, a depository for the “indefinite accumulation of time.” It does this by framing knowledge in two distinct ways, by ordering objects spatially for the gaze of the public, and epistemologically, producing discourses and classes of representation through which art history and theories of the object can be articulated. This forms what Foucault termed the cultural “archive,” the storehouse which “contains the fragments, the regions and levels of knowledge traditions, and the ‘systems’ which allow different and differentiated forms of knowledge to be retrieved, enunciated and represented in new contexts.”

Beth Lewis, Articulations of Time and Power in the Modern Art Institution, Artinformation (2020)
In the post-colonial sense, authoritative institutions further perpetuate their allegiance to capitalism by discreetly or indiscreetly shunning street styles (as well as styles of the ordinary museum visitor). A perfect example of these oppressive perspectives lie in criticisms written about the late great Jean-Michel Basquiat. Hilton Kramer in 1997 describes Basquiat as “a talentless hustler, street-smart but otherwise invincibly ignorant, who used his youth, his looks, his skin color, and his abundant sex appeal” to win fame. Kramer also opined that often Basquiat’s work never went beyond the “lonely station” of Graffiti.

Kramer’s words are exemplary colonial ideology within the art world. This ideology further influences colonial aesthetics, which exalts institutions as extensions of capitalism and shuns the outsider, creating an “Us vs. Them” mentality. This causes many social issues and fractures the potentiality for innovation in the arts. Kramer insults Basquiat, pioneer of Neo-expressionism, by insinuating that he cheated the art world by “using his skin color,” something that kept him marginalized for most of his career. Not only is the insult and attack on Basquiat’s work, but it’s also an attack on Graffiti as an art form. Basquiat, and artist Keith Haring, among many others, helped initiate the dialogue between Street Art, Fine Art, Graffiti, Pop Art, and Hip-Hop during the early 1980s. Hip-Hop music and its relating art forms like Graffiti and Street Fashion were all downplayed, ridiculed, and shunned by mainstream media and industry. As Kramer puts it, these forms were considered too “lowly” and “unworthy” to be taken seriously. Hip-Hop and street cultures, those not associated with the institution, have always been closely depicted by mainstream media as synonymous with proximal and unrelated criminal activity, while in actuality, these urban art-forms developed as a response to the marginalization perpetrated by corporate institutions.

“I came upon the idea of having looked at the beginnings of punk rock, and new wave culture…and I began to think that some of these people doing punk-rock and new-wave might be open to these of ideas of a person like me, making art, coming from a Graffiti world; And then, I also had the idea to link the beginnings of what became Hip-Hop to show that there was a whole culture that was developing in the ghettos of New York City, primarily the Bronx…up in Manhattan, and deep in Brooklyn. There were things going on that I thought constituted a cultural movement….
"Of course, this is during a time when there was no positive press, at all, about any of this stuff — nothing was written about except if you were young black and brown, with a hat to the side, with any type of swag; in the New York Press, you were pretty much depicted as a criminal, and I kind of wanted to change that narrative, as well as insert myself into the creative space.”

Fab 5 Freddy, American Visual Artist, Pioneer ofHip-Hop culture
Artist Fab 5 Freddy was very much responsible for making efforts to legitimize Hip-Hop and Street-Art culture. He intentionally and successfully revealed that through the intersection of art, fashion, film, and music; black and brown people were more than their depictions in the news and mainstream. They were creative, boundless, and their work was worthy of the most distinguished levels of discourse and academic analysis. Close friends Basquiat, Fab 5 Freddy, and Keith Haring are a few artists who helped put street art and street cultures within a new, sophisticated context. This new context established by thousands of young underground street artists was later crystallized by pioneers like Fab and has never gone without harsh criticism from art critics that seek to maintain a divisionist approach to the arts.

Within the post-colonial context, many shunned styles may be acknowledged by the mainstream but are often reduced to mere commodities. Street styles are sold and purchased but are not included in sophisticated, intellectual discourse, even though those on-the-ground styles and movements are perhaps more significant than those celebrated by authoritative institutions.
"Inevitably, hip-hop records are treated as though they are disposable. They are not maximized as product, not to mention as art"

Harry Allen, Journalist
Colonial aesthetics are a way of seeing as well as a way of producing. It focuses on marginalizing outsider groups and seeks to commodify the world through curating and fracturing natural intersections of various styles, movements, and schools of thought.

On the contrary, decolonizing aesthetics means to reject attempts to fracture the public identity within the arts. To decolonize aesthetics means to appropriate colonial ideologies as mechanisms for recontextualizing the arts for a future world, a world where institutions that benefit from perpetuating racist ideologies and fractured identities no longer exist. 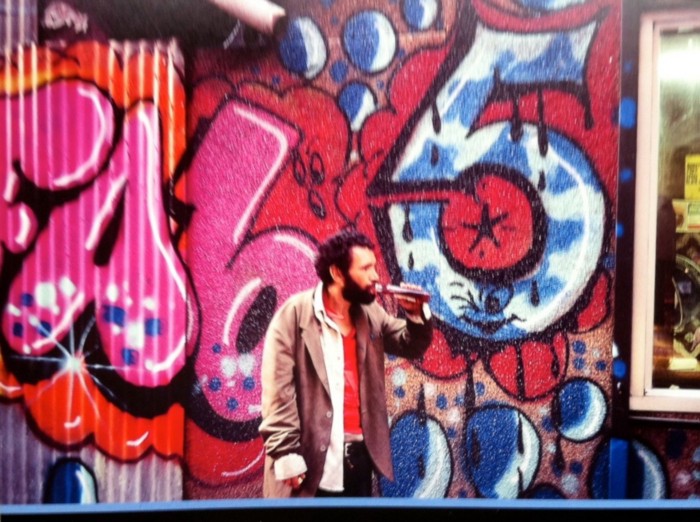 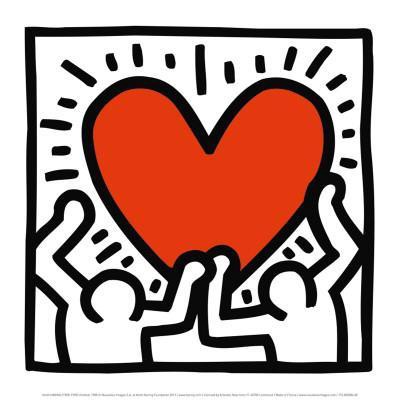 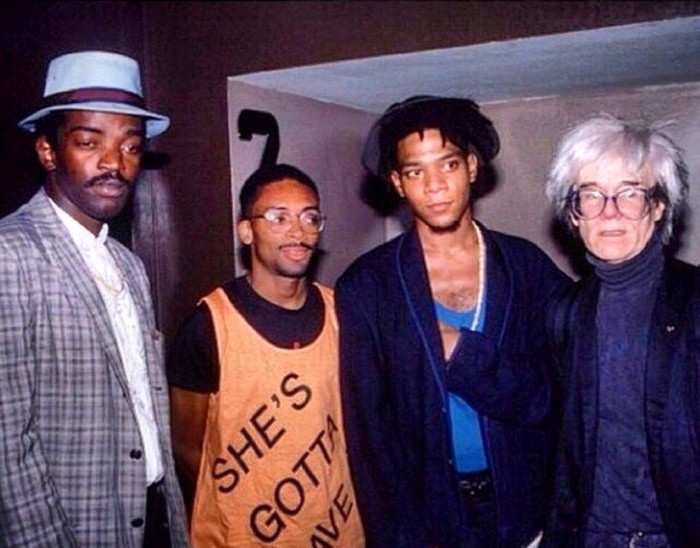 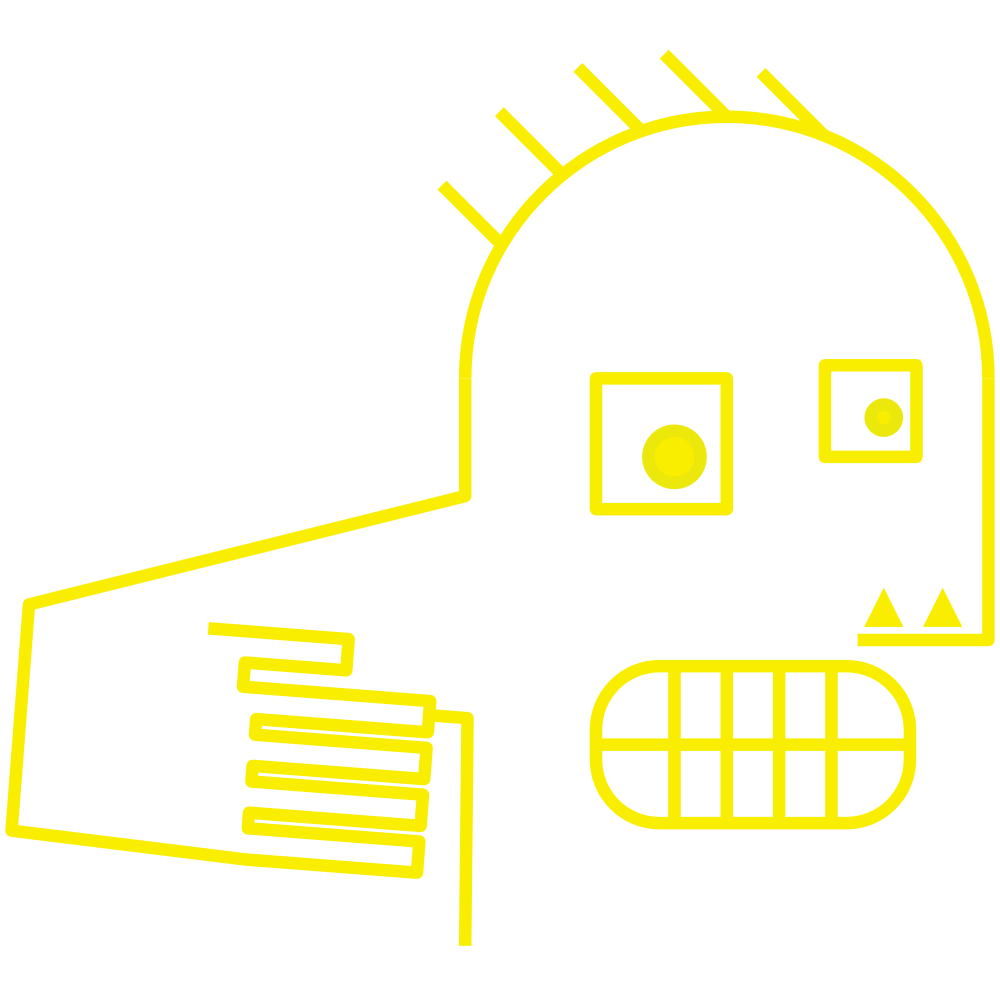