Sabina Hyoju Ahn is an artist working with a wide range of different mediums including organic and natural matter. Her work combines science and art to create truly unique and interesting works. The result is a combination of DIY electronics with inputs based on human breath, algae and more creating vast soundscapes often accompanied by impressive visuals.

The human body and natural world is a common theme in your work. What made you want to explore this area?

I am interested in finding hidden patterns or rules in natural elements and translating them into perceptible experiences. A human’s perceptional system has certain limitations, for instance, we cannot hear how microorganisms make a sound when they move or dolphins’ and bats’ ultrasonic sound. Some microorganisms that I have been using such as bacteria, algae, and plankton are very small, and can hardly be detected by human senses. However, they are physical entities and producing byproducts as a result of life and death. And they are part of us and we have been affecting each other in many ways. These kinds of phenomena in the natural world have led me to explore the relationship between human and non-human living beings.

What are some of the interesting discoveries you have found between the human and non-human world?

I believe that the human and non-human world is much broader than I could imagine. So I can only talk about very few observations that I have found in my works and during the process of making artworks. I have been using microorganisms and imperceptible data in order to make my own art practice. It may sound new to contemporary arts and sound, but I think it is nothing new. Microorganisms such as bacteria, algae, plankton, fungi..etc, they have existed since a long time ago, they have lived and evolved in a different way to the way humans have done. In other words, many non-human beings exist around us but human senses have not evolved to detect those. The human and non-human theory is mostly to make a liberal state between human species and other non-human species. Because it has turned out that the human-centric point of view has brought a huge unbalance in our world such as climate changes, reducing the diversity of species which can threaten human life as well. Many artists and researchers have influenced by this environmental crisis as well. In my art practices, the human and non-human relationship has been represented by giving them a voice or building an interface between human and non-human to interact with them.

Are most of your creations DIY? If so how did you get into DIY electronics?

As an artist, I should consider many different approaches to make my own artwork. When I am working, I try to experiment with many aspects of technological solutions and artistic methodology. DIY naturally came from there to try something different. These days, many communities are fond of DIY technology and open sources, I found many useful tips and help from those communities. In my works, to translate data from microorganisms into human senses, a customised interface is necessary for a specific purpose. There are so many technological solutions, however, sometimes DIY can be a more meaningful process when making art.

You also work with Modular Seoul. Tell us a bit more about what the group is about.

Modular Seoul is an electronic music concert series, based in Seoul, South Korea for those who are interested in modular synthesisers and electronic music. It is mainly focused on modular synthesisers, but also encompassing various genres of music and art. We also organize workshops to try to engage with the public and to form a community in Seoul. Modular synths are flexible electronic instruments it can be customizable by users. I also enjoy making DIY synthesisers and using it to build my works. I am happy to share my experience of making DIY synthesisers through workshops at Modular Seoul. The team members of MS are various – we are consist of artists, musicians, a traditional Korean musician, scientists, a designer, and a film director so when we curate artists, we are trying to keep diverse perspectives on the genre as well as gender equity. We are open to all instruments (even nonmodular synths) and encourage artists to experiment.

What areas are you looking forward to exploring next?

My current project is to explore deeper inside of a life mechanism – how interaction happens between different species at the molecular level. Especially, I try to see the relationships between things like a parasite, pathogens, and humans with a different perspective that can be referred to as the interspecies relationships by Donna Haraway’s and Richard Dawkins’ and such. I am working on a dataset of binding force between a human protein and a pathogen’s molecule to transform into sound. I am fond of how these two different species interact with each other and how pathogen merges into a human body. I like the way that the biophysical viewpoint happens physically even though we cannot see it. By collaborating with scientists, the work aims to be an artistic representation based on scientific research.

My other current project is with Modular Seoul crews. I am working on developing a DIY synthesiser kit for beginners, aiming at launching in August or September. I hope this can give fun to people who want to build their own synthesiser with electronic components such as oscillator, potentiometer, capacitors, and resistors. 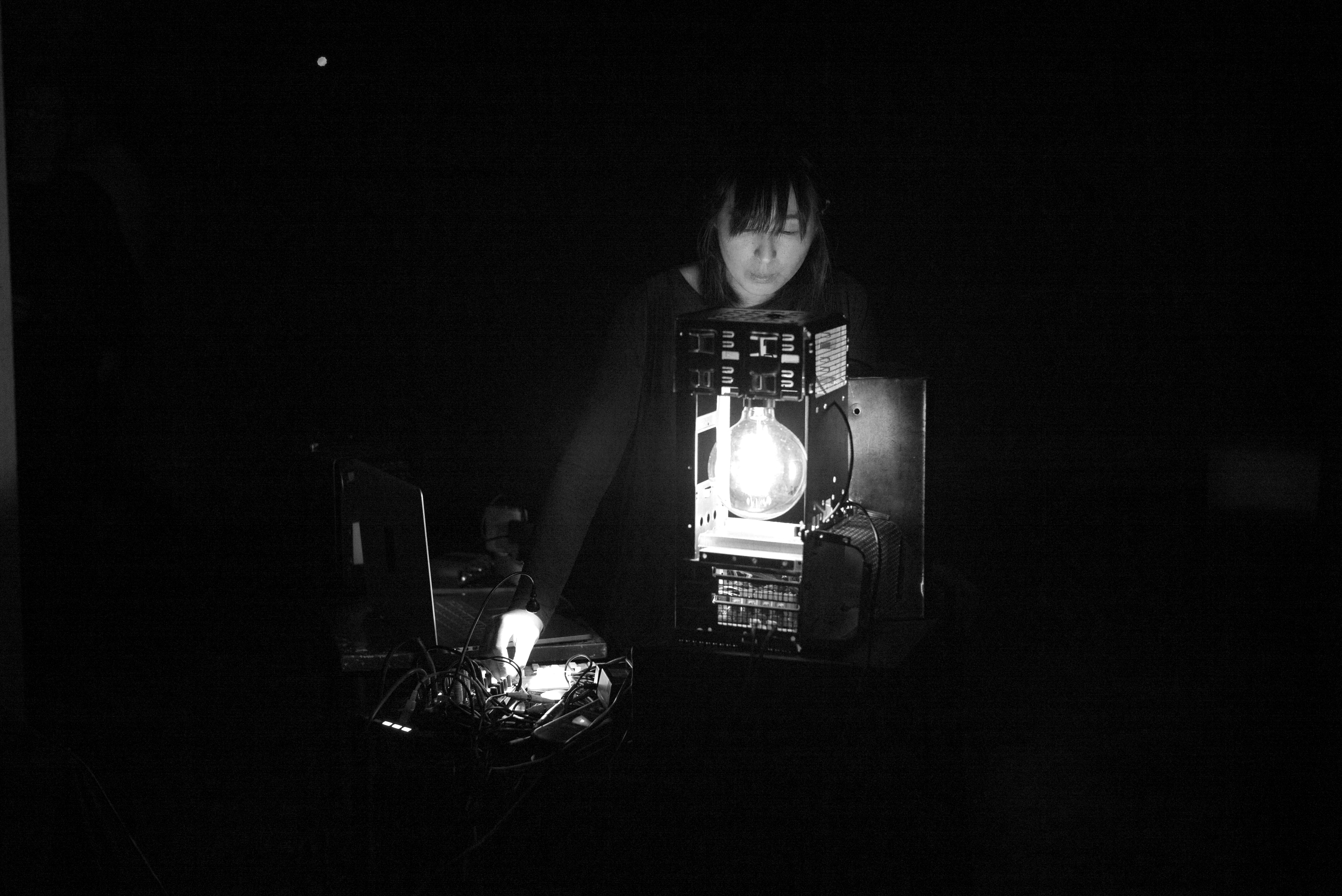 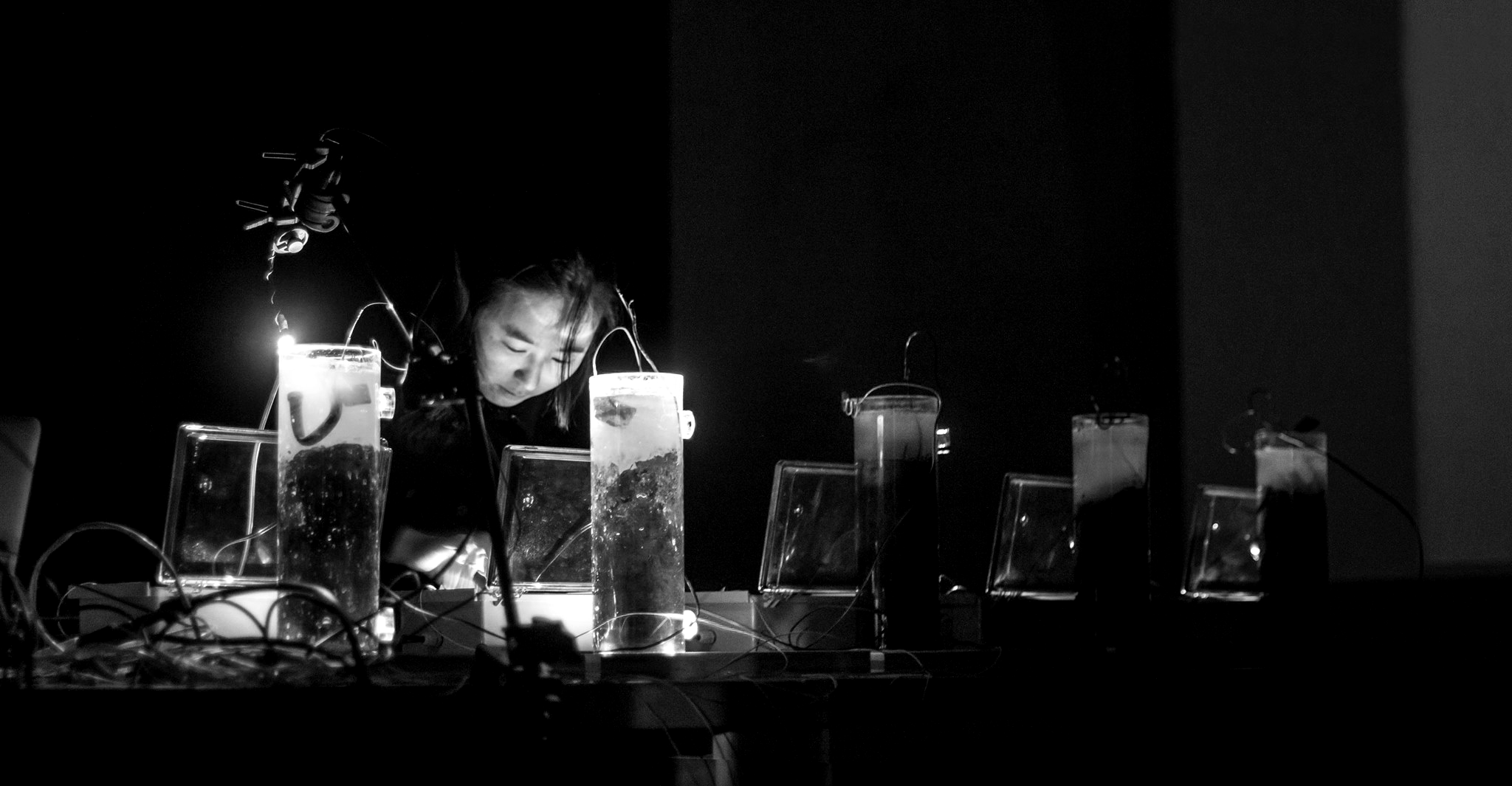