Well today was the start of what could be a lifelong obsession. I’ve always been into wax. As my housemates over the years can attest to, I have a penchant for scented candles. It seems only natural that I’d eventually get hooked by the buzz for owning Vinyl records; though they don’t reek of much other than dust and an extensive commitment.

I took to Ebay last week with a budget of £75 for a record player and a stereo sound system, not from my overdraft but some leftover birthday money. Having completed the half-arsed viewing of 1.5 YouTube tutorials on beginner record player setups, I decided that I was finally expert enough to invest my easily acquired cash into a second-hand system. Louise from Dundee presented an interesting option, a Technics turntable from the 1990’s with a decent amount of wear. At £50 my interest was piqued, only to read in the description below that I needed to replace the needle. For all you vinyl imbeciles reading this, you need one of those to make the spinny plate produce a sound. Needles cost some serious Dollar, don’t ask me how much, all I know is that it’s money that my meagre kitty could not facilitate. Thus, Louise’s offering was of little use to me, even despite the free postage. Fortunately, it didn’t take me long to come across exactly what I had been looking for the past 6 minutes. Phil from Leatherhead was shifting a second hand turntable in excellent working condition with two speakers. I was in love, though I have come to be untrustworthy of lust, so I decided to check the details below the item. A Panasonic! I’d heard of that brand. They make washing machines, which also spin, so by nature their record players must spin, smooth as spreading warm butter on toast. £55 including delivery for everything that I’d need. Past me considered this a bargain worthy of being titled ‘steal of the century’; would present me (i.e. me) feel the same way?

The day had arrived for me to be birthed into the world of vinyl Nirvana. The box arrived on my bed by the time I got home at 9pm. My housemate Tom had received the excessively large parcel and lumbered it up the stairs so I didn’t have to. While this was a nice thought, I swiftly returned my present downstairs to our sitting room so that he too could reap the benefits of a record player, though I’ve already made it clear that Tom’s only permitted to make infrequent eye contact with my new toy, and he certainly can’t place his greasy mitts on it. A swift flurry of package opening later, my musical washing machine was standing pride of place on our dining room table, flanked gallantly by its matching speakers. The eye of the player’s plate captured my vision. It looked at me with an enduring grudge. It was challenging me, testing my mettle to see if I was worthy to master the power of vinyl. The stubby MDF speakers shuffled tighter to their friend. Shit. Three against one. I applied the moto that every Sunday league coach issues to their lousy squad at the start of a certain 7-1 drubbing: “let them know you’re there”. While I hadn’t had the chance to acquire any records yet, I made certain to practice putting the needle onto the platter. I even played the fuzzy radio that came attached to the unit so that if there were any doubt who was in charge, there would be no longer. The next day I was stopping by at a few of York’s record stores to get some much-needed ammunition, only then would I know if my intimidation tactics had been successful.

So, I set off at the crack of noon to purchase some music that I could physically touch. I thought in depth about this during my walk into town the last time I listened to even a CD must have been over 3 years ago. I couldn’t wait to once again be able to show everyone my music consumption when they come over to my house. You can see Spotify, but can you touch it? Its existence is negotiable, while a record’s isn’t. Justification for my new hobby over with, I could set aside the entirety of my attention to the music. I met with a buddy of mine and sauntered over to Pitch 22, a teeny shop that was cluttered, yet immaculately organised. They had a whole bunch of £1 records stacked thick in boxes. I prepared for what I now call ‘the glance and flick’. This is the only suitable technique for digging in crates, as we call it in the vinyl circle. To do it you place your thumb central to the edge at the top of the sleeve for support. You then scan it over for any feelings of positivity: a recognisable name, an intriguing design or an alluring patina all do the trick. If you like what you see you lift it out and set it aside, if it’s bad music then promptly flick it towards you with your index finger to reveal the next record. I must admit it was rather liberating to throw shit at the wall in this fashion, I was following instinct like a pig searching for truffles, nuzzling in the dirt to uplift a gem. Though to me all of them have an air of mysticism to them; I could only inspect the sonic value of this oil disc if I took the risk to pay for it. Thus, I dived straight into the expensive expanses of vinyl collection and dropped £12 on a selection of 5 records, though 4 of them were deemed so useless to John the shop’s owner that he gave them to me for free. The mighty 12 pounder was a thick shellac holding music by Dave Brubeck’s trio, the oddly sized 10 inch nestled in its red carboard sleeve, and if you couldn’t already tell that it was from the 50’s, it’s rear featured a description of the period’s “negro jazzmen.” It was considerably weightier than the variety of misfit records I’d been gifted, and this imbued it with a power that eclipsed all other jazz records in Pitch 22’s selection. John offered for me to try it out, which I obviously declined because then he would know that I was an imposter - I know about music already before I listen to it, don’t you?

I galloped home in the sun, my records slung over my shoulder in bookbag – now my record bag – prepared to indulge in music for the rest of the day. I talked over the plan in my head as I was approaching my front door: “show no weakness, this machine spins for you, and you only.” So, I swung the door open, like a cowboy entering a dusty saloon and with no hesitation moved with intention to the record player, its oblivious black mystique soaked up all the sun that my front window cast upon it. It was finally time to enact the procedure I had practiced the night before. The Brubeck record was primed, the plate was spinning and spluttering, I dropped the needle.. 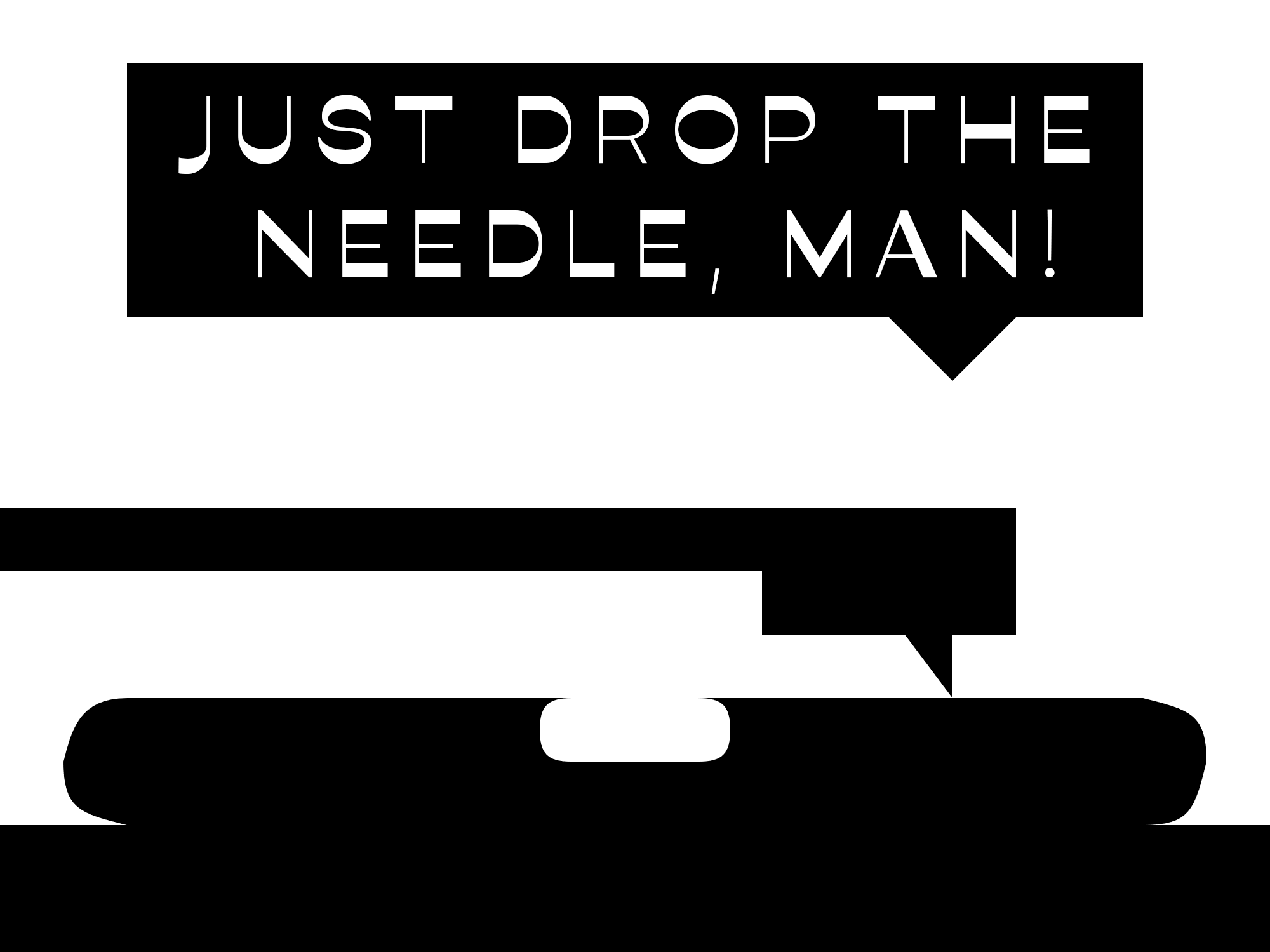