The first Scuff release coming out of Japan, this CD and zine combo was created over the span of about half a year. It was a great labour of love. There's not much better than burning your own CDs, it's like meditation. CD in, hear it whirrrrrr away as the tracks magically appear on it, and once it's done it pops out like a freshly baked loaf.

Anyway, the CD features 2-tracks, and the zine has a couple of interviews, the lyrics, and some other bits and bobs. The photos were all done by Utsugi and me, it was fun to get it with a camera again and try and capture something interesting. There is something fun about trying to capture someone's personality in a photo.

The zines also have this nifty little half-cut cover, and I went for some nice paper choices if I say so myself. I like the idea of using paper stylistically as opposed to just having some big colourful, fully illustrated cover. I think it adds a bit of mystery to it. The lightly mottled off-white paper, contrasts the much thinner inside paper with the numbers "3003". Something about it is quietly exciting. It looks almost like some kind of test print for a manifesto or design proposal.

Dorky paper stuff aside, the zine can be picked up at Utsugi shows for 600 yen. All the profit goes to her (if there is any).

DIY screen printing to the max. The fellas in Doops asked me if I could set up a couple screens for them to print some record sleeves for an EP release. Quite far outside of my comfort zone I said "Yeah sure I can try".

It was my last project before heading out to Japan but it was good fun, despite the many failed screens. The work was scuzzy and messy but we managed to get some good results.

The ghosting from previous screens and choppy half-tones is of course intentional.

Scuff x Scans In The Sky

Jack reached out to me with the idea of a zine for his project Scans In The Sky, an observation project that looks up at the sky. It was the perfect project for Scuff since mundane musings are what we are all about.

We went with this newspaper spread style. The idea is that it can be used as a poster or be read like a zine. I created an icon system inspired by the kind you might find on a map that attributed certain elements to the scans. For example, if a scan had a building in it or a lot of clouds, the icons would indicate such. I like the idea of looking at a scan, in all its obscurity whilst also having this very binary system that tells you what is there. It's nonsensical in a way but I think it adds an element of fun.

There are also some recommended tracks to listen to, to get you into the contemplative mood.

This was written during that time when we couldn't do much. It was a bit of a necessity. I had to think about something and I started to get interested in the future of fashion and what kind of things might change or stay the same.

The zine is almost entirely text-based, and follows three human beings who have a keen interest in techwear, or more broadly fabrics of utilitarian value. Its a bit of a different style to the usual Scuff ramblings, a little bit more serious but certainly interesting stuff.

It goes through things like sustainability, environmental protection and adaptability as well as more fashion things like fit and styling.
ARTICLE ARCHIVE 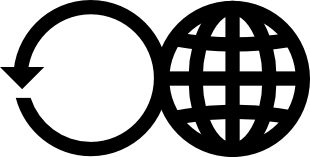 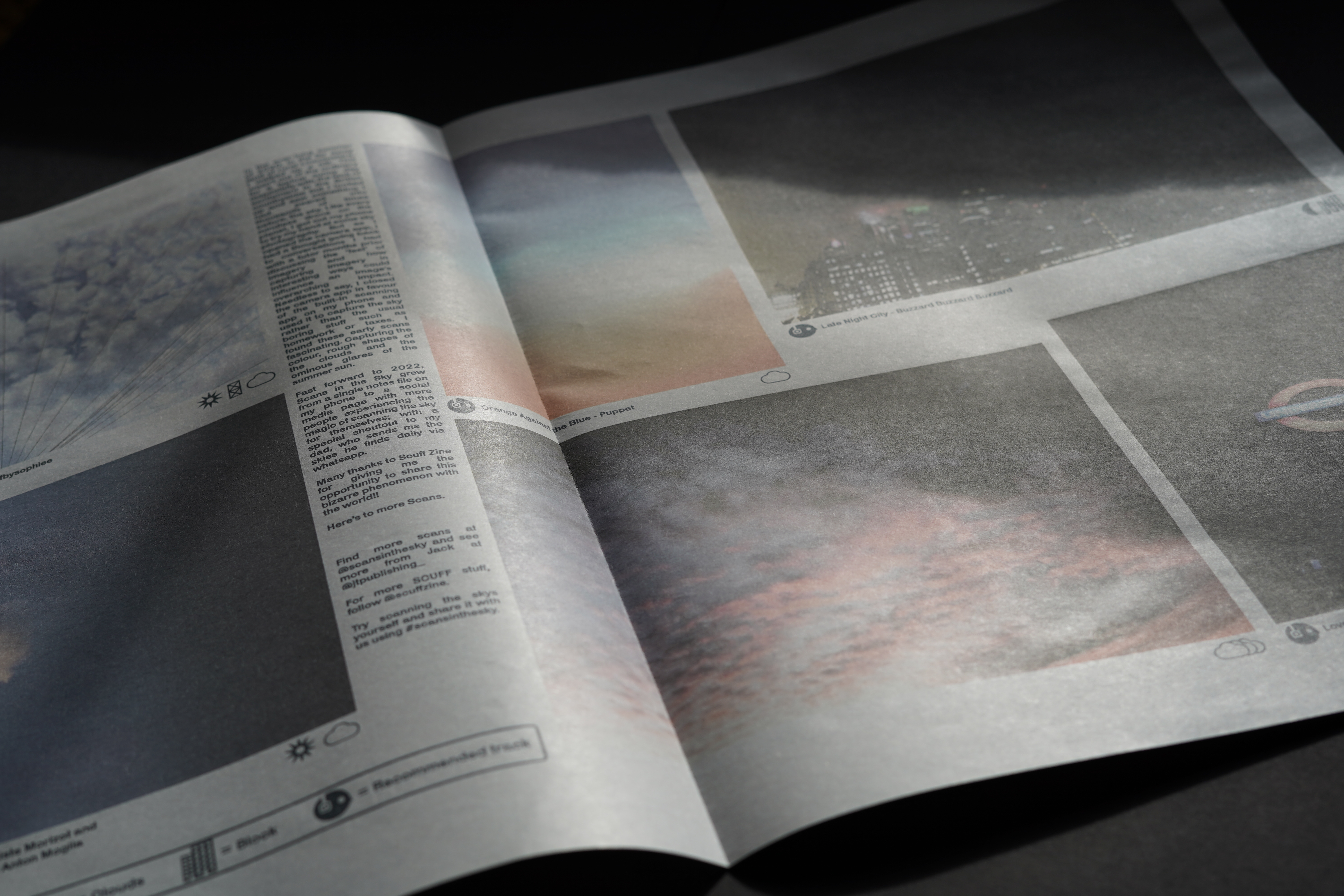